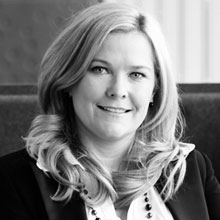 Presentation:
‘Technology in learning environments – will it deliver on its promise?’ (November 17, 11.30am)

As managing director, Pip Marlow is responsible for Microsoft’s overall business in Australia. Pip is deeply committed to ensuring Microsoft meets the needs of its customers, whether they are consumers, small-and-medium businesses, large enterprises or government agencies.  Pip is also passionate about the 14,000 local partners and independent software vendors that sell or build on the Microsoft platform in Australia.

Prior to her current role, Pip held the joint role of Enterprise and Partner Group Director and Public Sector Director and before this she was Small and Medium Business Solutions and Partner Director in Australia. Pip also held multiple roles at Microsoft’s corporate headquarters in Seattle, where she worked for eight years, including General Manager for US Channel Sales.

Pip began her career with Microsoft in the Australian Partner team in 1996 with responsibility for Anti-Piracy efforts, System Builder Channel and Distribution strategy.

Prior to Microsoft, Pip was part of the founding team of Agate Technology, a company that grew to be one of Australia’s largest storage distributors. At Samsung Information Systems she was responsible for building the company’s Semi-Conductor Distribution business.

Pip enjoys working in a vibrant team environment and her proudest achievements are those that have come from collaborating with others.

Pip was born, raised and educated in Palmerston North, New Zealand. She currently lives in Sydney with her Scottish husband and two daughters, Sophie & Lucy.