How Virtual Humans Could Transform The Brand Experience

The rise of artificial intelligence is bringing with it the advent of a new age of robotic humans. We look at their impact on service and engagement. 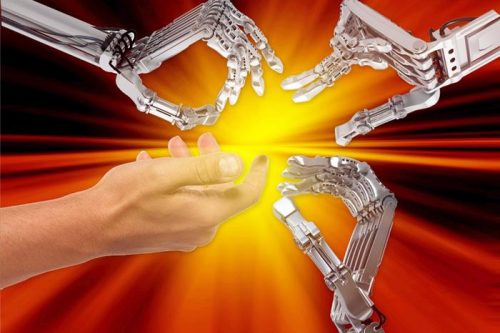 For years, marketers have talked about brands as having personalities. Now they have the tools to bring those brands to life – virtually at least.

Rapid developments in artificial intelligence (AI) are being combined with Academy Award-winning animation skills to create virtual humans that are the closest yet to flesh and blood. And for brands, that offers the opportunity to put a very human-looking face on a corporate body.

One of the latest iterations of these virtual humans comes from Auckland-based company, Soul Machines, whose co-founder and CEO, Mark Sagar’s ground-breaking work in computer-generated faces on films, King Kong and Avatar, was recognised with consecutive Oscars. Now Soul Machines is applying its skills to the commercial world through the creation of virtual humans as the new face of brands.

“When you interact with one of our virtual humans as a virtual concierge or a virtual customer service agent, it is going to be a highly personalised experience,” Cross says.

“These virtual employees are going to remember you every time you interact with them. They will have built up a profile of your personality, of what products and services you love, and which ones you don’t. They will have knowledge of problems you have had and whether they have been resolved to your satisfaction.

“What that means is we now have the ability to deliver highly personalised service on a very, very large scale using these virtual employees.”

The technology is being trialed at numerous organisations in banking, technology, healthcare, education, and transport. It has also been used to create Sophie, a pilot customer interaction project for Air New Zealand.

While the quality of the animations developed by Soul Machines is incredibly lifelike, it is the AI model behind its virtual humans that brings them to life. Cross says this is based around mimicking human thought process and brain models.

“Mark [Sagar] asked ‘what if I built biologically-inspired models of different parts of the human brain, and wired all this together into a virtual nervous system?’,” Cross says. “Could we create emotionally responsive, human-like, engaging characters? And that is what we have done.

“As best we know we are the only company in the world that can bring these digital characters to life using a virtual nervous system and neural networks that continuously learn.”

Getting people to believe the robot

For the technology to truly take off though, it will need to do something that previous attempts have so far failed at. That is, cross the so-called ‘uncanny valley’ – a term coined by roboticist, Masahiro Moti, in reference to ‘the phenomenon whereby a computer-generated figure or humanoid robot bearing a near-identical resemblance to a human being arouses a sense of unease or revulsion in the person viewing it’.

It is a phenomenon artificial intelligence expert and research fellow at the Centre for Collective Intelligence at MIT, Aleksandra Przegalinska, has studied in detail.

“One has to be very careful while implementing different kinds of virtual assistants and physical objects that use natural language and are AI-based because some of them may be rejected for very trivial reasons,” Przegalinska says. “We are generally less tolerant to machines when they display ignorance in any field than we are to humans.”

Przegalinska says it is possible the uncanny valley effect will vanish at some future time, as the technological accuracy of virtual assistants will be so high people won’t recognise the difference between avatars and humans.

Cross is already confident Soul Machines has reached that point.

“The brain models we build are incredibly sophisticated,” he says. “These virtual humans have virtual neural transmitters like dopamine, serotonin, and cortisol. That’s what we believe gives us the best platform in the world to go beyond the uncanny valley and engage humans in this incredibly human-like way.

“Every time there is an interaction between one of our virtual humans and a real person, the neural networks train themselves better. They become more emotionally aware and more emotionally responsive.”

On the edge of the brand-to-human interface

While Soul Machines’ virtual humans are yet to be broadly intermingled with the public, there has been rapid growth in the use of other forms of AI as an organisation-to-human interface.

Sydney-based technology consultancy, Carrington Associates, for instance has been working with IBM’s Watson cognitive computing technology to create AI-powered chat bots. Managing director, Sachin Khisti, says that while chatbots are often deployed to answer simple and transactional queries, implementing AI means they can take on tasks that are actually more complex than any human could manage.

“There are some products that are very complicated, such an in insurance or wealth management, where a consultant cannot answer everything,” Khisti says.

One of the most surprising aspects of Carrington Associates work is the cost: Khisti says it is possible to create a proof-of-concept cognitive project for as little as $10,000.

Technology services business, Datacom, has also been creating virtual assistants. ‘Alex’, an intelligent assistant, was implemented at IP Australia and recognised with an award at the 4th Annual Intelligent Assistant Awards in San Francisco in September.

Datacom director, Stacey Tomasoni, says it is vital virtual assistants represent the tone and the culture of the organisation.

“The approach we take is that a virtual assistant is part of a wider team,” she says. “Just like you would recruit the right employee, train them, and invest in them, and make sure they collaborate with others – that is the approach we try to take.”

That means investigating in depth what kind of personality the customers would they relate to. Tomasoni says the results are often surprising.

“We’re seeing cute little things like customers saying ‘thanks, I really appreciate it’, and the fact they are having these thoughts for me is a good thing,” she says.

As a result, however, Datacom is having to reskill itself to take into account a range of requirements not obvious when it set out to first create virtual assistants.

“We are getting into the world of conversational commerce and interaction design, and roles that didn’t exist six months ago,” Tomasoni says. “In a way it is almost like the contact centre has finally got a seat at the table, and all of a sudden everyone wants to talk about the customer. And who knows best about the customer? It’s those on the front line.”

As part of that project, the NDIA has created Nadia, a virtual person human on the voice of Cate Blanchett, with a face and personality created by Soul Machine’s Sagar. Managing director and chief digital officer for the Centre for Digital Business, Marie Johnson, was involved in the creation of Nadia, and says it represents a reversal of almost everything government agencies have historically done online.

“In government over the last 20 years, it has all been about ‘put everything online’. The result of that has been all forms, and the complexity is pushed out to the citizen to figure it out,” Johnson says. “What are seeing now – and the thinking behind Nadia – is that the channels, technologies and interfaces need to adapt to the person.”

Creating Nadia involved extensive consultation with people with various forms of physical and mental disability, to build the most effective personality and language.

“It came from the community, and it was of the community,” Johnson says. “These are things that brands would equally need to consider.  What is the personality of their digital human representation?

“AI is not UX, and it is not IT. It is about the contextual experience. The training and development always needs to have an engagement from consumers at the beginning. Don’t think you can do it inhouse and pop it out and everything will be fine.”

Importantly, Johnson says Nadia was designed to operate across multiple channels from the outset to create a consistent interaction for clients, with the face being just one representation. Also, Johnson says it would be possible for virtual people such as Nadia to have other faces that might be more acceptable to different groups in the community.

“The face is part of the context, and so are the mannerisms and the gestures that come with that,” Johnson says. “There will be layers of that brand for other segments – you can have more than one face of the brand.”

Your own digital persona

But while virtual people might become the face of brands, it will not necessarily always be people they are interacting with.

Cross says that while Soul Machines can now create a virtual human in eight weeks, the company will release a set of tools in the next 18 months that anyone will be able to use to create a virtual representation of themselves.

“We definitely envisage a world in three to five years where everybody will be able to create digital personas to interact in the world for us and represent us,” Cross says. “We are building out something we call digital DNA, by capturing the digital faces of men and woman of different ages and ethnicities. Our objective is to build enough digital DNA that we can very quickly create any face in the world.

“We see a future where we will have digital versions of ourselves and digital companions.”

Perhaps the future of marketing won’t be all about business-to-consumer models, or even virtual-to-consumer, but virtual-to-virtual.