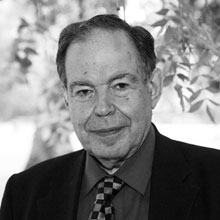 World leading authority in the field of creative thinking, the inventor of Lateral Thinking

Edward de Bono is regarded as the global leading authority in the field of creative and conceptual thinking. An MD, PHD and Rhodes Scholar, he has authored 72 books in 41 languages. His instruction in thinking has been sought by major corporations such as IBM, Microsoft, Shell, Prudential, GM, Ford, and Citicorp to name a few. His work is in use in thousands of schools worldwide, and mandatory on the curriculum in some countries.

He is the originator of the term ‘Lateral Thinking’ and the very popular “Six Thinking Hats” framework. Based on an understanding of how the brain works as a self-organising information system, Edward de Bono has designed specific thinking tools to maximize the creative process.