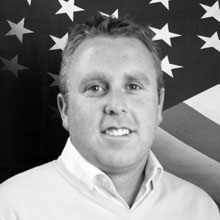 Presentation:
‘From being bold to winning gold: performance techniques for excellence in individuals and teams’ (November 17, 2.30pm)

Troy Flanagan joined the United States Ski and Snowboard Association (USSA) in 2007 as the Director of Sport Science to lead the preparation of the US Olympic Ski and Snowboard teams for the Vancouver 2010 Olympics. Under Troy’s leadership, the US ski and snowboard team more than doubled its medal tally in 2010, winning 21 medals compared to 10 in 2006.

As a result, the US now stands as the number one ranked nation overall in skiing and snowboarding.

Troy has spent 14 years in the Institute of Sport system in Australia, known for its pioneering approach to developing world-class sport science facilities, testing and programs. He spent several years as the Head of Sport Science at the Victorian Institute of Sport (VIS) in Melbourne, Australia.  During this time he worked with a number of Olympic and World Champions across 16 summer Olympic Sports, particularly Gold Medal winning members of the Australian swimming, rowing, track and field, soccer and shooting teams.

Troy graduated with first class Honors from RMIT University in Melbourne and has completed his PhD in Aerospace Engineering.  His diverse background in Physiology and Aerospace Engineering has allowed him to contribute to several breakthrough sport science projects over the past decade for Australian and US Olympic athletes.

His doctoral studies have resulted in the development of a new, state-of-the-art tracking system to measure the movement and running patterns of soccer players.  This system uses an innovative technique to detect soccer players’ locations on the field by accessing inertial and magnetic sensors instead of satellite.