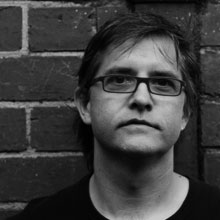 Peter Williams is recognised as a global thought leader on innovation and the use of online technologies and is one of Australia’s most sought after guest speakers on social media and digital strategy. Recognised as one of Australia’s leading thinkers and practitioners in the area of innovation, technology commercialisation and all things web as well as being one of the most well known Australian CEO’s on Twitter. A Chartered Accountant by background Pete moved into the online space in 1993.

Pete is CEO of Deloitte Digital and Chairman of the Deloitte Innovation Council. Prior to his role in Deloitte Digital, Peter was CEO of the Eclipse Group, previously one of Australia’s largest web development companies. Recently, Pete was made an adjunct professor of RMIT University.

Pete has been featured in books such as Empowered by Josh Bernoff, As One by Mehrdad Baghai & James Quigley and recently authored Sitepoint’s latest release – Web Design Business Kit. Pete’s articles have been featured in the Wall Street Journal, The Financial Times (UK), The Age, Sydney Morning Herald, The Australian, The Australian Financial Review, BRW and many others.

Pete has also appeared on Sky Business News, Channel Nine and the ABC in addition to the 2010 Knowledge Cities World Summit, Battle of the Big Thinkers and TEDxCanberra as a keynote speaker.

Pete has worked with a number of high profile clients such as the Carlton Football Club, BHP, Telstra, AFL, NAB, ANZ, Google, Microsoft, Yammer and the Federal and Victorian Governments and is also a Board Member of Circus Oz and Emue Technologies Pty Ltd.

Social media was central to how Peter was able to have a huge impact during the Black Saturday bushfires and in his support of the town of Flowerdale during the recovery. This included using twitter for real-time updates and attracting support and donations of goods and services and blogging the progress of Flowerdale. In recognition of his extensive work in this area he recently won a Forrester Groundswell award from Forrester Media (the first of its kind to be awarded outside of the United States) for best use of social media for social impact.