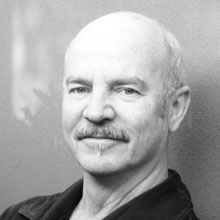 Philip Salom is a contemporary Australian poet whose books have attracted national and international acclaim. So far he has published ten collections of poetry and two novels, notable for their originality and expansiveness and for surprising differences from title to title. His book Sky Poems won the British Airways Commonwealth Poetry Prize for the overall Best Book of Poetry in the British Commonwealth. His book The Well Mouth features poems, voices, portraits and an underlying narrative in prose; in 2006 it was named a Book of the Year by the Sydney Morning Herald and the Adelaide Review. His recent book Keepers is a hybrid verse-novel set in a Creative Arts School, the first of a trilogy with The Keeper of Fish and Keeping Carter – both written through heteronymic authors Salom has created.

His two novels are Toccata and Rain, shortlisted for the ALS Gold Medal and the WA Premiers Prize for Fiction, and Playback, which won the WA Premiers Prize for Fiction. He has read as a guest poet in America, Canada, Britain, the Republics of Serbia and Macedonia, Italy, Singapore and New Zealand. In 2008 he resigned from the University of Melbourne to write full-time.

Other awards include the Western Australian Premiers Prize (twice for Poetry and once for Fiction) and the prestigious Newcastle Poetry Prize (in 1996 and again in 2000). In 2003 he was recognised with the Christopher Brennan Prize awarded for a publishing career “of sustained quality and distinction”