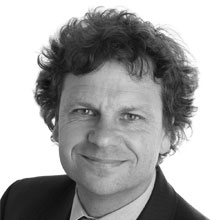 Australian of the Year

Simon McKeon is the 2011 Australian of the Year. He is also Executive Chairman of Macquarie Group’s Melbourne office. Simon is Chairman of CSIRO and Business for Millennium Development. Simon is a Director of VisionFund, World Vision International’s microcredit arm, Global Poverty Project and Red Dust Role Models.

He is an Australia Day Ambassador for the Victorian Government and serves on the Federal Government’s Human Rights Grants Scheme Advisory Panel.

Simon is the helmsman of Macquarie Innovation which in March 2009 became the first sailboat in the world to sustain more than 50 knots and in so doing, peaked at a speed of 100 kmh (54 knots).   He is also a Patron of the Australian Olympic Sailing Team which won 2 gold and a silver medal at the 2008 Beijing Olympics.