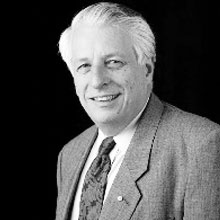 Gustav Nossal was born in Bad Ischl, Austria, in 1931, and came to Australia with his family in 1939. He studied Medicine at The University of Sydney and, after residency at Royal Prince Alfred Hospital, took his PhD at The Walter and Eliza Hall Institute of Medical Research in Melbourne. Apart from two years as Assistant Professor of Genetics at Stanford University, one year at the Pasteur Institute in Paris, and one year as a Special Consultant to the World Health Organization, all Nossal’s research career has been at the Hall Institute, of which he served as Director (1965-1996). Nossal was also Professor of Medical Biology at The University of Melbourne.

Nossal’s research is in fundamental immunology, and he has written five books and 510 scientific articles in this and related fields. Nossal has been President (1986-1989) of the 25,000-member world body of immunology, the International Union of Immunological Societies; President of the Australian Academy of Science (1994-1998); a member of the Prime Minister’s Science, Engineering and Innovation Council (1989 to 1998); and Chairman of the Victorian Health Promotion Foundation (1987-1996).

He currently chairs the committee overseeing WHO’s Global Programme for Vaccines and Immunization (1993-).

Nossal was knighted in 1977, made a Companion of the Order of Australia in 1989 and was appointed Australian of the Year 2000. He has received numerous other honours from 11 countries. Amongst the most significant are Fellow of The Royal Society of London, Foreign Associate of the US National Academy of Sciences, Member of the Academie des Sciences, France, the Robert Koch Gold Medal, the Albert Einstein World Award of Science, the Emil von Behring Prize, the Rabbi Shai Shacknai Prize, and over 100 named lectureships in ten countries.