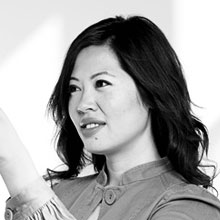 Tan was named Young Australian of the Year in 1998 and was voted one of Australia’s 30 Most Successful Women Under 30 in that same year. Tan has been widely featured as a technology entrepreneur and named Fast Company’s Most Influential Women in Technology (2010) and Forbes’ Names You Need to Know (2011). Tan has been honored by the World Economic Forum as a Young Global Leader since 2009.