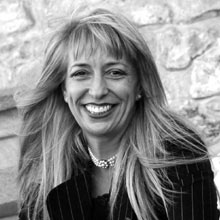 Scientist, writer, broadcaster, Director of the Institute for the Future of the Mind

Deep Conversation:
‘Now to Next: How will Science and Technology help solve our wicked problems?’ (November 28, 7.00-9.30pm)
Presentation:
The Impact of Technology: Making the Most of the 21st Century Mind (November 29, 11.30am)

The Baroness has been awarded 30 Honorary Degrees from British and foreign universities and heads a multi-disciplinary research group exploring novel brain mechanisms linked to neurodegenerative diseases such  Alzheimer’s and Parkinson’s. In addition, she has developed an interest in the impact of 21st Century technologies on how young people think and feel, as discussed in her book ID: The Quest for Identity in the 21st Century (2008).

In 1998 she received the Michael Faraday Medal from the Royal Society. She was awarded a CBE in the Millennium New Year’s Honours List, and was granted a non-political Life Peerage in 2001.

In 2000 she was elected to an Honorary Fellowship of the Royal College of Physicians and in 2007 to an Honorary Fellowship of the Royal Society of Edinburgh. She was appointed Chancellor of Heriot Watt University in 2005.  Further recognition of her work includes L’Ordre National de la Légion d’Honneur, and the American Academy of Achievement Golden Plate Award, both awarded in 2003, and the Australian Medical Research Society Medal, which she received in 2010.