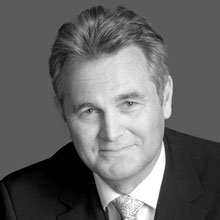 Presentation:
‘Re-Imagining the Asian Middle-class in the 2020s: Why the Rise of China will Forge the World’s Strongest Consumer Market’ (November 29, 4.30pm)

Bernard is the national Partner responsible for KPMG’s Demographics group and has over 20 years’ experience in demographic analysis and commentary. He is a recognised expert in local, national and global demographic trends.

Bernard is best known to Australian business for his commentary in the media on the implications of demographic and social change. He is one of the most in-demand speakers on the Australian corporate speaking circuit.

Bernard has published four national best-selling books including The Big Shift which reviews demographic trends in Australia and offers an insight on future trends, The Big Picture, which looks at how work, life and relationships are changing in the Western world in the early decades of the 21st century. His third book, Man Drought and Other Social Issues of the New Century looks at new social trends including the rise of Generation Y, changes in the workplace and the dynamics of modern relationships.

Bernard released his fourth book, The Big Tilt in 2011. In this book, Bernard discusses the outlook for Australia and beyond as more and more baby boomers leave the workforce.

Bernard is also a twice-weekly columnist with The Australian writing on demographic and generational trends, an experienced media commentator and is a regular guest on various radio and television programs.