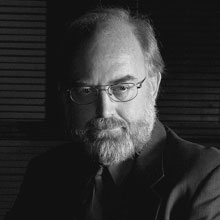 Executive Director and Senior Futurist at DaVinci Institute, Author: Communicating with the Future

Thomas Frey is the Executive Director and Senior Futurist at the DaVinci Institute, and currently Google’s top-rated futurist speaker. Author of the groundbreaking 2011 book “Communicating with the Future,” Tom serves as a powerful visionary who is revolutionizing our thinking about the future.

His keynote talks on futurist topics have captivated people ranging from high level government officials to executives in Fortune 500 companies.

Because of his work inspiring inventors and other revolutionary thinkers, the Denver Post and Seattle Post Intelligencer have referred to him as the “Dean of Futurists”.

Before launching the DaVinci Institute, Tom spent 15 years at IBM as an engineer and designer where he received over 270 awards, more than any other IBM engineer. He is also a past member of the Triple Nine Society (High I.Q. society over 99.9 percentile).

Thomas has been featured in hundreds of articles for both national and international publications including New York Times, Huffington Post, Times of India, USA Today, US News and World Report, The Futurist Magazine, Morning Calm (in-flight magazine for Korean Airlines), Skylife (in-flight magazine for Turkish Airlines), ColoradoBiz Magazine, Rocky Mountain News, and many more. He currently writes a weekly “Future Trend Report” newsletter and a weekly column for FuturistSpeaker.com.