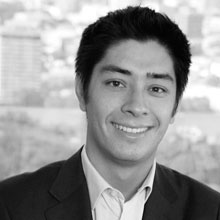 Eric Knight is an economics consultant and the author of bestselling new book, Reframe: how to solve the world’s trickiest problems. It has been described as the Freakonomics of politics – the story of how we make big decisions in a world with short attention spans.

Reframe unpicks the way we think through wicked problems – from immigration to terrorism, financial bubbles to climate change.

Eric currently advises business and government clients inside one of the world’s most prestigious consulting companies. He has previously worked as an independent consultant to the OECD and the World Bank. He holds a doctorate from the University of Oxford where he was an Australian Rhodes Scholar. He has written for the major Australian newspapers and is a regular commentator on television and radio. Reframe is his first book.