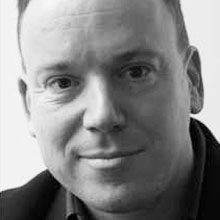 Chief Executive of NESTA, the UK’s National Endowment for Science, Technology and the Arts

Deep Conversation:
‘Getting Unstuck! Using innovation to create change in large organizations and government’ (November 28, 12.15-2.15pm)
Presentation:
Innovations in and around Government: Is democracy keeping up with the pace of social and technological change? (November 30, 9.00am)

Before the Young Foundation, Geoff Mulgan has held various roles in the UK government including Director of the Government’s Strategy Unit and Head of Policy in the Prime Minister’s office, and he was the founder of the think-tank Demos. Since 2004: Geoff has been a visiting Professor at London School of Economics, University College London and University of Melbourne, China Executive Leadership Academy and visiting Fellow at the Australia New Zealand School of Government and the UK National School of Government. He is Adviser to many governments around the world on policy and strategy, including recent work for the governments of Singapore and UAE.

He was the first Chair of Involve, member of Academy of Medical Science review of evidence, member of Marmot Commission on health inequality, and is now board member of Atomium Culture, the Studio School Trust, Big Society Capital, Action for Happiness.

Carnegie Inquiry into the Future of Civil Society in the UK and Ireland (2007-10).

Books include The Art of Public Strategy; Mobilising Power and Knowledge for the Common Good (Oxford University Press), Good and Bad Power: the ideals and betrayals of government (Penguin),  Connexity: how to live in a connected world (Harvard Business Press and Jonathon Cape) and due out in early 2013 is a new book on the future of capitalism (from Princeton University Press).