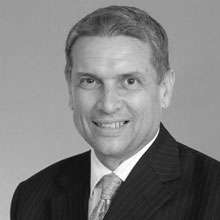 John began coaching in 1995 and has been described as a pioneer of coaching in Australia. He established the Institute of Executive Coaching (IEC) in 1999 as a regional centre of excellence, where he now works as a Master Coach. Today he is one of Australia’s best known executive coaches, having accumulated over 11,000 hours experience working with senior executives from some of the world’s most prominent organisations. On a daily basis, John works with senior executives across a range of industries, questioning assumptions and acting as a catalyst for change and performance. Clients include the Asian Development Bank, NAB, Centrelink, Telstra, ANZ, Ernst & Young, Barwon Water and OneSteel.

John continues to contribute to the field of coaching by training hundreds of professional coaches each year in the IEC’s Accredited Coach Training Program. Through these programs has equipped coaches and leaders with the skills to coach teams and contributed to broader cultural transformation within organisations.

His passion is to help individuals, teams, and organisations to unlock their potential for change and his integration of western performance models with eastern philosophy give him a rare ability to interface across cultures…

John’s coaching challenges people to think differently and creatively; it is transformative. “After working with John people are different. He has a way of combining tough with tender, rigor with compassion and intelligence with respect. He delivers without offence and creates in others the desire to continually become greater.” John embodies the attributes of an exceptional coach through his insight, empathy, business acumen, flexibility and credibility.