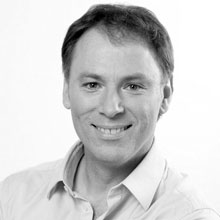 Michael joins the conference again this year as Master of Ceremonies and looks forward to an even more creatively innovative experience than Ci2010 and Ci2011.

After almost 30 years in the entertainment industry, there isn’t much that Michael hasn’t done. From hosting television programs to producing them, from performing in front of Prime Ministers to the man on the street, Michael applies his same level of commitment and enthusiasm.

As well as hosting conferences, dinners, award nights and the like, Michael spends much of his time as the audience warm-up for television shows. After 20 years in this role, he has helped sculpt a dishevelled crowd into an attentive audience for many programs – from the Logies, to Australian Idol. This year it’s Dancing With The Stars, Who wants to be a Millionaire, The Footy Show, Talkin’ ‘Bout Your Generation to name just a few.

Come prepared to be involved!

“I’ve had the pleasure of working with Michael Pope on a number of occasions and I consider him to be one of the most experienced and professional comperes, hosts, producers et al that I know. His interaction with people is fantastic and his public speaking is interesting, knowledgeable, humorous and reflects many years in the entertainment industry.” BERT NEWTON – ENTERTAINER

“We couldn’t have asked for a better conference. We worked hard through a lot of heavy sessions & Michael kept it all flowing & used great techniques to highlight key messages in the most fun & entertaining ways. His unique skills helped make our conference work to its best … a true professional, flexible & easy to work with.” RHEEM