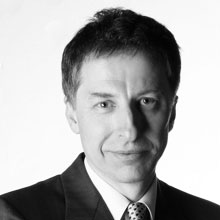 CEO and Founder of Lateral Economics

Trained in History, Statistics, Law and Economics, Nicholas Gruen is CEO and founder of Lateral Economics and Peach Financial. He is Chairman of:

He is a board member of Sustainability Victoria and Patron of the Australian Digital Alliance.

He has taught in schools, at ANU and Melbourne University and has been a cartoonist. He is a prolific blogger, essayist and columnist, most recently for the Australian Financial Review and has been published in Best Australian Essays and Best Political Writing. He has published in international academic journals on a variety of topics and is a prolific blogger at a group blog Club Troppo.

information flows, innovation in government and improving the design of tax concessions for R&D and in 2010 he was the Commonwealth Department of Education, Employment and Workplace Relations (DEEWR) Thinker in Residence.

Lateral Economics has been involved with the Commonwealth, Victorian, South Australian, NSW and Western Australian governments to improve innovation in government and with the World Bank on better regulation.

Since the Taskforce, Dr Gruen has spoken on Government 2.0 in every Australian State and on three continents.  He is recognised as a strong public advocate for economic reform, innovation and open government all in the context of grasping the extraordinary opportunities which burgeon online.