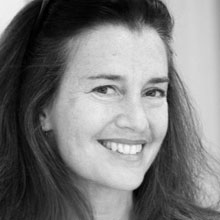 Deep Conversation:
‘Now to Next: How will Science and Technology help solve our wicked problems?’ (November 28, 7.00-9.30pm)
Presentation:
How will our bodies keep up with technology and what will that mean to society? (November 29, 11.30am)

Born and raised in New York City, Nadia Rosenthal obtained her PhD in 1981 from Harvard Medical School and trained as a postdoctoral fellow at NIH, then directed a biomedical research laboratory at Harvard Medical School, and served for a decade at the New England Journal of Medicine as editor of the Molecular Medicine series.

In 2001 she moved to Europe to head the European Molecular Biology Laboratory Outstation in Rome, She is an EMBO member, with numerous awards and honors including the Ferrari-Soave Prize in Cell Biology and Doctors Honoris Causa from the Pierre and Marie Curie University in Paris and the University of Amsterdam. She spearheaded the election of Australia to EMBL as its first Associate Member, serving as its Scientific Head, and in 2008 she founded the Australian Regenerative Medicine Institute at Monash University and Headquarters for the EMBL Australia Partner Laboratory Network. She is an NH & MRC Australia Fellow and holds a Chair in Cardiovascular Science at Imperial College London.

Professor Rosenthal’s research focuses on muscle and cardiac developmental genetics and the role of growth factors and stem cells in tissue regeneration, with over 160 primary research articles and prominent reviews in high impact international journals, including general reviews for Scientific American. She has attracted sponsored research funding from major pharmaceutical companies including Amgen, Genzyme and Novartis for her translational studies. She delivered the 2006 Howard Hughes Holiday Lectures on Potent Biology: Stem Cells, Cloning and Regeneration, co-edited the “bible” of the field, Heart Development and Regeneration and serves as Editor-in-Chief of the journal Differentiation. She brings a unique and powerful perspective on stem cell biology and regenerative medicine at the interface of basic, biomedical and industrial life sciences. She is also an accomplished painter and illustrator, providing artwork for her books, journals and conferences.