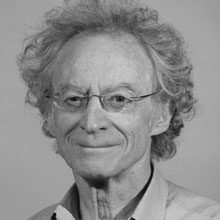 President of the Australian Academy of Technological Sciences and Engineering, Kernot Professor of Engineering at the University of Melbourne

Professor Batterham is acknowledged as an expert in innovation and gives regular keynote talks on the topic. He is Kernot Professor of Engineering at the University of Melbourne and also President of the Australian Academy of Technological Sciences and Engineering. Until recently he was Group Chief Scientist, Rio Tinto Limited and Chairman of the International Energy Agency Expert Group on Science for Energy.

He has had a distinguished career in research and technology, in the public and private sectors in areas such as mining, mineral processing, mineral agglomeration processes, and iron making. He is inventor on over 20 patent families.

Professor Robin Batterham was Chief Scientist to the Australian Federal Government from 1999 to 2005.