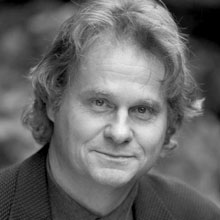 Presentation:
‘The Wayfinders: Why Ancient Wisdom Matters in the Modern World’ (November 30, 3.30pm)

Wade Davis is an Explorer-in-Residence at the National Geographic Society. Named by the NGS as one of the Explorers for the Millennium, he has been described as “a rare combination of scientist, scholar, poet and passionate defender of all of life’s diversity.” In recent years his work has taken him to East Africa, Borneo, Nepal, Peru, Polynesia, Tibet, Mali, Benin, Togo, New Guinea, Australia, Colombia, Vanuatu, Mongolia and the high Arctic of Nunuvut and Greenland.

An ethnographer, writer, photographer, and filmmaker, Davis holds degrees in anthropology and biology and received his Ph.D. in ethnobotany, all from Harvard University. Mostly through the Harvard Botanical Museum, he spent over three years in the Amazon and Andes as a plant explorer, living among fifteen indigenous groups in eight Latin American nations while making some 6000 botanical collections. His work later took him to Haiti to investigate folk preparations implicated in the creation of zombies, an assignment that led to his writing Passage of Darkness (1988) and The Serpent and the Rainbow (1986), an international best seller later released by Universal as a motion picture.