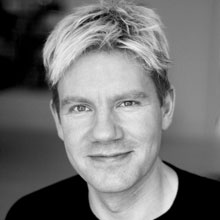 Dr Lomborg researches the smartest ways to improve the environment and the world; Named one of the world’s 100 most influential people by Time Magazine; Adjunct Professor at Copenhagen Business School.

Lomborg writes for New York Times, Wall St. Journal, Washington Post, USA Today, the Economist, The Guardian, The Australian and many others, and his monthly column gets published in about 40 papers in 19 languages with more than 30 million readers.

Lomborg has appeared on David Letterman, Larry King, 20/20, 60 minutes, and many times on CNN, FOX, MSNBC, CNBC, BBC, BBC World,. He was featured in the movie “Cool it”, by Sundance Award Winning Director Ondi Timoner.

He is an Adjunct Professor at Copenhagen Business School and regularly works with many of the world’s top economists, including 7 Nobel Laureates. His think tank, the Copenhagen Consensus Center, was ranked by the University of Pennsylvania as one of the world’s “Top 25 Environmental Think Tanks”.