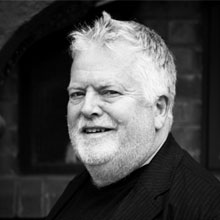 Presentation:
Racing to the Future: Total Learning (November 28, 9.35am)

Professor at Bournemouth University, Chair in New Media Environments; One of the most influential academics in the field of technology and education globally.

Stephen is a Professor at Bournemouth University, and at Universidad Camilo José Cela, Madrid. He draws on a unique €250m portfolio of large scale, effective research projects, over 30 years. His eclectic research focus ranges from the design of schools and school fitments, through the implementation of ICT in learning, to addressing the new pedagogic needs of everyone from elite Olympic coaches to pre-school children.

He is described as “the most influential academic of recent years in the field of technology and education” by the Department for Education and Skills (DfES) UK and “Europe’s leading online education expert” by Microsoft.

After secondary school teaching, Stephen founded and ran Ultralab for a quarter of a century, building it into one of the most respected research centres in e-learning in the world.

An early pioneer of educational multimedia, Stephen went on to pilot, and be the guiding

“father” of, early social networking in Learning too, with seminal projects including:

In recognition of all this work, along with just 51 others including Damien Hirst, Jarvis Cocker, Harrison Ford, Lauren Bacall, Muhammad Ali, Stephen became an Apple Master in the 1990s and was awarded the Royal Television Society’s Judges’ Award for lifetime contribution to educational broadcasting. Stephen is a member of BAFTA’s Board of Trustees and Council having formerly chaired its Technical Innovation Jury.