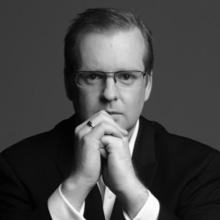 Brad Howarth is a highly sought-after writer, speaker, facilitator and consultant with specialisation in the topic of change and its impact on individuals and organisations.

Brad Howarth has built his career around investigating the impact that technology has on business, society and individuals. As a professional journalist, author and speaker, Brad has spent the last two decades analysing the challenges and opportunities that arise from new technologies, and has become much sought after as a catalyst for discussions around the evolution of industry and business models.

Much of his thinking is contained in his book A Faster Future (2011)., co-authored with Janelle Ledwidge. His message is simple - technology is changing the world and, therefore, we must change with technology. As a working journalist Brad spent the mid to late 1990s reporting on the rapid growth of Australia's IT industry as it rode the dotcom bubble. In 1999, at the age of just 26, he joined the editorial team at BRW as Information Technology Editor and subsequently moved into the role of Marketing Editor.