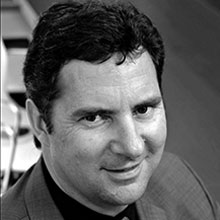 Presentation:
Navigating the valley of death and getting from zero to IPO (2.45pm, Tuesday March 24th)

Dr Larry Marshall is the CEO of the CSIRO. He is the former Managing Director of Southern Cross Ventures, a Venture Capital firm based in Silicon Valley, Shanghai and Sydney, specialising on growing Australian technology companies in Asia and US. He has a longstanding partnership with SoftBank China, China’s most successful VC firm, and co-manages the Renewable Energy Fund, founded in 2012, with them. He has lived in the US for 25 years and founded and/or was CEO of Light Solutions, Iridex (Nasdaq:IRIX), Iriderm, Lightbit, Translucent, AOC, Arasor (ASX: ARR), and the Renewable Energy Fund; driving two of them to successful IPOs.

Larry began his career as an engineer with a PhD in Physics and over 100 publications and presentations. He became an inventor, with 20 patents protecting numerous commercial products generating over $200M in revenue.

He then became an entrepreneur, raising over $100M in funding and creating companies with over $1B in market cap. He is now an investor with $400M under management. He has served on 20 boards of high tech companies operating in USA, Australia and China.

Larry is currently on the boards of Mocana, Quantenna, Wave, Nitero, SBA, Advance, SXVP, REVCF, Laser Focus World and serves as Chairman of RIO, Crossfiber and Advance Innovation, and co-Chairman of Blackbird, and Brismat. He is a passionate supporter of Australian innovation and Australian entrepreneurs.