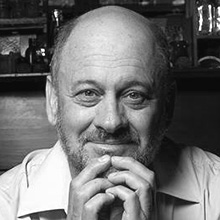 One of Australia’s best-known scientists, environmentalists and best-selling author of 32 books and over 130 peer-reviewed scientific papers

Tim Flannery has published over 130 peer-reviewed scientific papers and has named 25 living and 50 fossil mammal species. His 32 books include the award winning The Future Eaters, The Weather Makers, which has been translated into over 20 languages and most recently Here on Earth: An Argument for Hope and Among the Islands, an account of his adventures in Papua New Guinea.

He received a Centenary of Federation Medal and in 2002 delivered the Australia Day address. In 2005 he was named Australian Humanist of the Year, and in 2007 Australian of the Year. In 2011 he was made a Chevalier of the Order of St Charles.

In 1998-9 he was a visiting professor at Harvard, and is a founding member of the Wentworth Group of Concerned Scientists, a director of the Australian Wildlife Conservancy, and has served on the International Board of WWF.