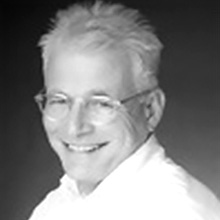 From 2001 to 2013, Martin led the Asia-Pacific public sector team in Cisco's consulting and innovation arm, the Internet Business Solutions Group. His team of senior consultants worked on policy and reform projects in government, education and urbanisation in India, China, South-East Asia, Australia and New Zealand. He has worked extensively in Cisco's higher education practice in Australia and New Zealand and continues to represent Cisco on the Business Higher Education Roundtable (BHERT).

Prior to his role in Cisco, Martin held various policy and management roles in the federal public sector, including a stint as Chief of Staff to a Minister in the Federal Government, and with the NSW Cabinet Office. He has also worked as a consultant to public and nonprofit organisations.

He was a member of the Ministerial Task Force on Government 2.0 (2009) and was also a member of the advisory committee on Government 2.0 in Victoria. In 2008 Martin and a small group of entrepreneurs established the Australian Social Innovation Exchange (ASIX) as part of a global network of social innovators. He is also on the Board of The Australian Centre for Social Innovation. Martin holds undergraduate and masters degrees in English from the University of York in the UK and Social Science and Policy from the University of New South Wales as well as graduate qualifications in applied economics from what is now the University of Canberra.