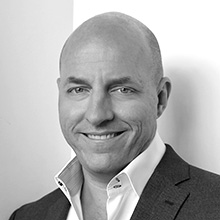 Chief Executive and Chairman at Freelancer.com

Matt Barrie is an award winning entrepreneur, technologist and lecturer, having won numerous awards including being named the inaugural BRW Entrepreneur of the Year in 2011. Matt is currently Chief Executive and Chairman at Freelancer.com, the world’s largest crowdsourcing and freelancer marketplace, which floated in November 2013 on the ASX (FLN).

Matt is also an Adjunct Associate Professor at the Department of Electrical and Information Engineering at the University of Sydney, where for the last 12 years he has taught Cryptography, and from 2010, Technology Entrepreneurship. He is the co-author of over 20 US patent applications.

In 2012, he was named in the top 100 most influential engineers by Engineers Australia, and a 2012 ‘Man of Influence’ by Men’s Style Magazine. In this year he also completed the Executive Program at Singularity University.

In 2013, he was named in the top 10 Australian entrepreneurs to watch in 2013 by SmartCompany, the Blackberry Young Technology Entrepreneur of the Year by News Limited, a Silver Stevie in the International Business Awards for Executive of the Year in Internet/New Media, and again in the top 100 most influential engineers by Engineers Australia.

Matt is regularly invited to speak at the world’s leading entrepreneurship, internet and business conferences/forums. He is also one of the worldwide Linkedin Influencers, along with Richard Branson, Barack Obama and Deepak Chopra, where he writes on the topics of entrepreneurship and technology.