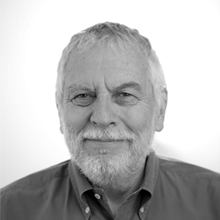 Founder Atari and Chuck E. Cheese; Inventor of the first video game, the first game console, and co-creator of GPS technology and touch-screen technology; Known as one of the Fathers of the Silicon Valley; Author: Finding the Next Steve Jobs

Presentation:
Innovation, intrapreneurship and the future of technology and gaming (11.30am, Tuesday March 24th)

Nolan Bushnell is the founder of Atari and Chuck E. Cheese and more than twenty companies.  He created many business cultural innovations that have become the norm, including unique business planning sessions, flat egalitarian management organizations, play/work environments, creativity as a competitive weapon and the innovator’s bonus.  All can be traced to their first use at Atari and Chuck E. Cheese’s and later instilled at Apple and now found throughout the Silicon Valley.

Bushnell is credited with inventing the first video game, the first game console, and co-creating GPS technology as well as touch-screen technology (which is on ipads and smartphones).  He is known as the “Father of the Video Game” and one of the Fathers of the Silicon Valley.

Bushnell has been inducted into the Video Game Hall of Fame and the Consumer Electronics Association Hall of Fame and received the BAFTA Fellowship.  Similarly, he was honored with a LARA award from the German Academy of Entertainment.  He was named one of Newsweek '​s "50 Men Who Changed America".  Currently a biopic about Bushnell, tentatively titled Atari, is in pre-production with Leonardo DiCaprio as Nolan Bushnell produced by DiCaprio’s company.

Bushnell himself is set to star in a brand new television series in 2015 on the Game Show Network called App Wars where he will be judging the most exciting new app ideas.

In Steve Jobs, the recent authorized biography about Steve Jobs, written by Walter Isaacson, which immediately became an international bestseller, Nolan is mentioned over 10 times as one of the biggest and most important  influences in Job’s life.

Nolan is famously known as Steve Job’s first and only boss, where he hired Jobs to work for him at Atari.  Later, Jobs started Apple and offered Nolan 30% of the company.  The first Apple computers were made with Atari parts and had pre-installed Atari games on them.

Bushnell is currently on the board of Anti-Aging Games and his latest venture is an educational software company called Brainrush that is using video game technology in educational software, incorporating real brain science, in a way that Bushnell believes will fundamentally change education.

Nolan’s recent bestselling book, Finding the Next Steve Jobs, came out to much critical acclaim and rave reviews.

Seth Godin says “Nolan is a genius, and a generous one, too.  Like most geniuses who share their secrets, his secrets are simple, and available to anyone with the guts to listen.”