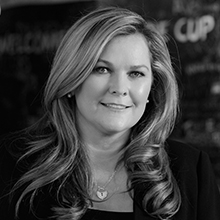 Presentation:
Goodbye to command and control; how to successfully manage disruption (11.30am, Tuesday March 24th)

As Managing Director, Pip Marlow is responsible for Microsoft’s overall business in Australia. She ensures the company meets the needs of its customers and the 14,000 partners and independent software vendors that sell or build on the Microsoft platform.

Pip began her 18-year career with Microsoft in 1995, working in the Australian Partner team on anti-piracy efforts, and the system builder channel and distribution strategy. She then moved to Microsoft’s head office in Seattle, US, where she held a succession of senior roles, including General Manager for US channel sales.

After eight years in the US, Pip returned to Microsoft Australia. She worked in various positions across the business, including as Director of Small and Medium Business Solutions, and Partners. Before being appointed Managing Director in January 2011, Pip held the joint role of Enterprise and Partner Group Director and Public Sector Director.

Pip has a long history in the IT industry. One of her first roles was at Samsung Information Systems, where she was responsible for building the company’s semiconductor distribution business. Before joining Microsoft, she was part of the founding team at Agate Technology, which became one of Australia’s largest storage distributors.

Pip enjoys working in a vibrant, collaborative environment, and is an advocate for flexible workplaces that empower people through trust and accountability.

Born, raised and educated in Palmerston North, New Zealand, Pip lives in Sydney with her Scottish husband and two daughters, Sophie and Lucy.