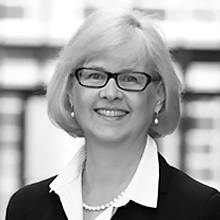 Vice-Chancellor and President of Swinburne University

Presentation:
Innovation in Higher Education: Investing in our Future (8.45am, Wednesday  March 25th)

Professor Linda Kristjanson is the Vice-Chancellor and President of Swinburne University, a university focused on world-class research, high-quality teaching and active engagement with both industry and the community. Swinburne has been recognised as one of the top 400 universities in at world as measured by the Academic World Ranking of Universities (AWRU) and is one of the top 100 in the world in physics. Under Professor Kristjanson’s leadership, Swinburne has been a groundbreaking leader in online education – with particular focus and strengths in science, technology, and innovation.

Professor Kristjanson is a Graduate of the Australian Institute of Company Directors and is a non-Executive Director of the Board of the Australian Synchrotron Holding Company Ltd. Professor Kristjanson is Chair of the Board of AuScope Ltd, a national company formed through National Cooperative Research Infrastructure funding to deploy the earth science research infrastructure capability for the country.

including the CRC for Spatial Information and Australian Biosecurity CRC for Emerging Infectious Diseases. She was a member of the Board of the International Centre for Radioastronomy Research to support the development of Australia’s radioastronomy capability.

Professor Kristjanson has been a pioneer in the field of palliative care research – recognised recently by the Bethlehem Griffith Research Foundation lifetime achievement award. During her academic career she has received more than $30m in competitive research funding from national bodies in Canada, USA and Australia and has published more than 200 refereed publications.

Professor Kristjanson is recognised for her ability to work effectively across sectors to achieve innovative collaborative solutions. In 2002 Professor Kristjanson was named the Australian Telstra Business Woman of the Year in recognition of her entrepreneurial work in health, science and innovation.