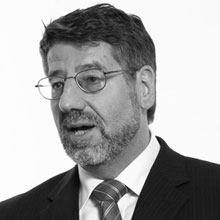 Founder of Matrix Thinking; Professional engineer, a director of a number of companies and a successful business entrepreneur; Chair of Innovation, The Queens University, Belfast

Roger developed and documented his special way of thinking, now referred to as Matrix Thinking, in the four books he has now written based on this simple but effective approach.

Matrix Thinking is now licensed in more than 26 countries and to one of the world’s largest consulting firms, Deloitte, and is delivered in this form as e-learning modules the world over. Not only does Roger talk on innovation and business building, Roger is also actively involved in business and over the years has created four companies based on his own ideas.

In 2004 Roger was an expert panellist on the ABC TV show The New Inventors and does occasional spots on Koshie’s Business Builders TV show.

In 2005 he was appointed as Chair of Innovation at the prestigious The Queens University in Belfast. He is also a guest lecturer in universities the world over and also chairs two Syndicate Groups for the Australia wide organisation, The CEO Institute.

A stimulating, engaging and entertaining speaker, who walks and talks as he lays out the simple principles of thinking and business building – not a single overhead or PowerPoint for this fellow. You will be spell bound as you see opportunities materialise before your very eyes as Roger speaks and draws on a white board.