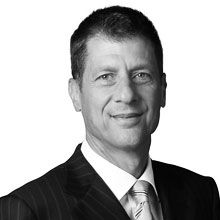 Non-executive Director of Telstra; Chairman of Australian start-up (and now New York based), Reading Room Inc, a social network for book lovers; over 30 years’ experience in the Information Technology and online Media industry

Steve Vamos has more than thirty years experience in the Information Technology and on line Media industry and has lived and worked in Australia, the USA and Asia.

Currently, Steve serves as a non-executive Director of Telstra (appointed September 2009) and as Chairman of Australian start-up (and now New York based), Reading Room Inc, a social network for book lovers.

Steve is the founder and President of the Society for Knowledge Economics (SKE), a not-for-profit think tank established in 2005, which encourages new and better practices in the leadership and management of human and other intangible resources that create economic and social value in knowledge based and globally connected economies. Steve is also a member of the Advisory Board of the University of Technology Sydney Business School.

He was responsible for the organization’s international business in more than 30 countries around the world. Steve was Chief Executive Officer of Microsoft Australia and New Zealand from 2003 to January 2007. Between 1998 and 2002, Steve was Chief Executive Officer of ninemsn, the on line joint venture between Microsoft and Australian media industry leader Publishing and Broadcasting Limited.

The Australian Financial Review has twice included Steve in the top five listing of the most influential members of the Australian technology industry. Steve holds a degree in Civil Engineering (with Honors) from the University of New South Wales.