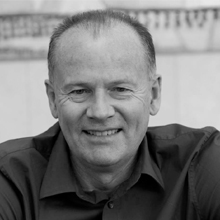 Former Federal Minister for Finance and Deregulation (2007-2010), Lindsay Tanner is widely regarded as one of the Government's strongest economic thinkers and highly respected by industry leaders and economic analysts.

After completing his university studies, Lindsay Tanner initially undertook his articles as a lawyer with Holding Redlich before serving as Victorian Secretary of the Federated Clerks Union. He entered Federal Parliament in 1993.

He has held a variety of front-bench portfolio responsibilities including Transport, Finance and Communications before serving as the Federal Minister for Finance and Deregulation from 2007 to 2010.Lindsay Tanner was a member of the fabled “Gang of Four” at the centre of the Rudd Government and through the Global Financial Crisis.  He has a wealth of knowledge and experience across a very broad range of subjects. He was widely regarded as one of the Government’s strongest economic thinkers and is widely respected by industry leaders and economic analysts. Lindsay Tanner’s vast sectoral knowledge includes transport, communications, infrastructure, finance, manufacturing, health insurance, government/bureaucracy. His diverse subject knowledge covers the areas of economics, environmental issues, social relationships, media (books published on all these) and international politics.

He also has expertise in Industrial relations, having spent six years as a union leader and with his involvement in these issues as a politician.

As well as a successful political career Lindsay Tanner has written extensively on economic and political issues, including six published books. He is the inaugural Vice-Chancellor’s Fellow at Victoria University and is an Adjunct Professor at the University.

He is currently employed as special advisor at Lazard (a corporate advisory firm specialising in mergers and acquisitions, restructures and capital-raisings) and as Adjunct Professor at Victoria University. He’s also on the boards of Lifebroker and Virgin Australia International Holdings, and is Chairman of the Governance Advisory Panel for Chartered Secretaries Australia and the Australasian Railway Association.

Lindsay Tanner is an accomplished speaker who was renowned for his parliamentary performances.  He has a Master of Arts and Bachelor of Law degree from Melbourne University, and is fluent in the Greek language.

Lindsay has most recently co-authored Changing Shape: institutions for a digital age (with Martin Stewart-Weeks)