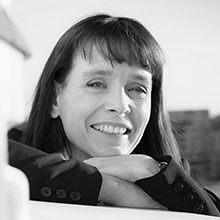 Australian NASA scientist Dr Abigail Allwood is now one of 7 principal science investigators in NASA’s next mission to the red planet … the 2020 Mars mission. Abby is the first woman and first Australian to be given the prestigious role. Abby is a field geologist with a strong interest in the oldest record of life on Earth. Eight years ago while doing her PhD at Sydney’s Macquarie University she proved that billion-year-old stromatolites (layered rock formations made by tiny microbes) in the Pilbara region (of WA) held records of Earth’s oldest microbial life forms. Abby thinks that the patterns of microbial life in the Pilbara could also have happened on Mars.

Abby designed a new technology known as PIXL (Planetary Instrument for X-ray Lithochemistry) which analyses very small, grain-sized portions of rocks to look for traces of organic material. She is now the Principal Investigator for PIXL which will be mounted on the robotic arm of the next Mars Rover in 2020 to examine the rocks on Mars and look evidence of early microbial life forms like the ones found in the Pilbara.