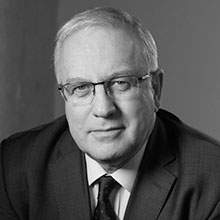 Alan Kohler has been a financial journalist for 46 years, starting as a cadet on The Australian. He was editor of the Australian Financial Review between 1985 and 1988 and editor of The Age between 1992 and 1995. He was the Chanticleer columnist for the Financial Review twice, and in 1995 joined the ABC, first as a reporter on the 7.30 Report and then as host of Inside Business and finance presenter on ABC news, which he still does.

In 2005 he launched Eureka Report, a newsletter for self-directed investors, and in 2007 he was the largest shareholder and CEO of Business Spectator, a 24 hour a day online business publication. In 2012 those businesses were sold to News Corporation.

Currently Alan is publisher and editor of his new 100%-owned publication, The Constant Investor; business editor at large of The Australian; finance presenter on ABC news; presenter of the Talking Business channel on Qantas inflight radio; and adjunct professor in the business faculty of Victoria University.