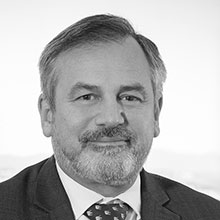 Plus participation in HOT SPOT program

Prior to joining Defence, Dr Zelinsky was Group Executive for Information Sciences at the CSIRO. Dr Zelinsky was Chief Executive Officer and co-founder of Seeing Machines, a high-technology company developing computer vision systems. The company is listed on the London Stock Exchange and was a start-up from the Australian National University in Canberra, Australia, where Dr Zelinsky was Professor of Systems Engineering.