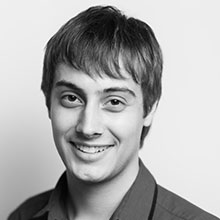 Anthony collaborated with John Foreman in the composition and recording of an original song for Music Count Us In (2010) which was performed in schools throughout Australia. He was musical director for the 2015 season of the musical Funny Girl, critically acclaimed for the ‘strong sound from both the cast and orchestra alike’ (Theatrepeople, 2015) and subsequently won best musical direction in the 2016 Theatrepeople People’s Choice awards. Anthony currently works as a conductor for Creativity Australia’s With One Voice choral program.

He is also serving as musical director for Disney’s The Little Mermaid, performing throughout June at the Drum Theatre. Returning to the podium in October, Anthony will conduct a season of the classic musical Anything Goes at the Whitehorse Centre.

Anthony holds an Associate Diploma (A.Mus.A.) and Licentiate Diploma (L.Mus.A.) with distinction from the AMEB. He was selected as part of Symphony Services International Scholar Conductors program and has studied conducting under acclaimed conductors Christopher Seaman and Benjamin Northey. Anthony completed VCE in 2013 at Yarra Valley Grammar serving as Music Captain and continues his studies at Monash University. He was recipient of Monash University’s Joan Earle Prize in classical piano. In 2015, Anthony was winner of the Lyceum Club’s prestigious Margaret Sutherland Bursary.