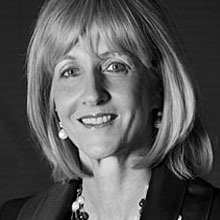 Carolyn has had over 35 years’ experience in the financial sector. She was an Executive Director of Schroders Australia and remained on the board there until she moved from executive work to non executive roles in 1995.

Carolyn is now a non-executive Director of two listed Australian companies- BHP Billiton and Stockland Corporation and serves on the Federal Government Growth Centres Advisory Board. She was a Panel Member on the Federal Government’s Financial System Inquiry and has been a director of boards   including AGL Limited, AMP Limited, CSR Limited, South Australia Water, the Economic Development Board of South Australia and Westpac Banking Corporation.

Carolyn has always had a passion for, and been very involved in, the not- for –profit sector. Her current roles include the Westpac Foundation, Opportunity International, Impact 100 in South Australia and the Australian Advisory Board on Impact Investing. In 2009 she was made an Officer in the Order of Australia for her “services to the community, especially the YWCA, and to business”.