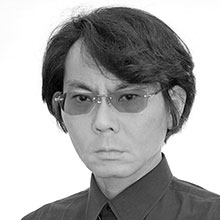 Interactive robots and the future of society (11am – 12.30pm , Wednesday November 9th)

What can we learn from very human-like robots & androids?

Hiroshi Ishiguro (M’) received a D.Eng. in systems engineering from the Osaka University, Japan in 1991. He is currently Distinguished Professor of Department of Systems Innovation in the Graduate School of Engineering Science at Osaka University (2009–) and Group Leader (2011–) of Hiroshi Ishiguro Laboratory at the Advanced Telecommunications Research Institute (ATR). His research interests include distributed sensor systems, interactive robotics, and android science. He has published more than 300 papers in major journals and conferences, such as Robotics Research and IEEE PAMI.

On the other hand, he has developed many humanoids and androids, called Robovie, Repliee, Geminoid, Telenoid, and Elfoid. These robots have been reported many times by major media, such as Discovery channel, NHK and BBC. He has also received the best humanoid award four times in RoboCup. In 2007, Synectics Survey of Contemporary Genius selected him as one of the top 100 geniuses alive in the world today.