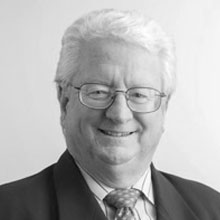 Mr John Stanhope has extensive experience in governance, finance, accounting and business strategy.  He was Chief Financial Officer and Group Managing Director, Finance and Administration with Telstra Corporation Limited from 2003 to 2011 and was an Executive Director of the corporation from 2009 to 2011.

From 2006 until 2012 John was a member of the Finance Reporting Council, the peak body responsible for overseeing the effectiveness of the financial reporting framework in Australia and remains involved in corporate reporting improvements.

In 2014 John was awarded a Deakin Alumni Lifetime Achievement Award.