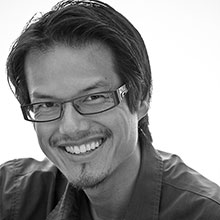 Jon Yeo is a an executive speaker coach specialising in short talks that need to have impact working with organisations like NAB, Sportsbet, Auspost and MYOB. He is also the License Holder and Curator for TEDxMelbourne, one of the largest and longest running TEDx’s in the world.

The TED conference one of the world’s leading brands around innovation, disruption and thought leadership. Jon Yeo is the volunteer curator and license holder for TEDxMelbourne, an independently organised TED event.

TEDxMelbourne is one of the largest and longest running events of its type in the world. The events fill 1800 seat auditoriums in days and still holds a State Library record sell out of 90 minutes.

Jon has worked with every speaker developing their short talk format and stage craft.

Outside of TEDxMelbourne, Jon is a speaker trainer for executives and senior leadership and an experience designer helping businesses and conferences create “innovation sessions” within their organisation or event. He also advises around the Future of Business with organisations like City of Melbourne, Telstra and Victoria University.