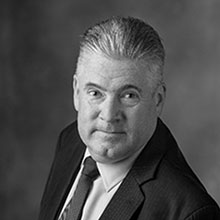 Martin Bean CBE was appointed as Vice-Chancellor and President of RMIT in February 2015.
He previously held the positions of Vice-Chancellor of The Open University, the UK’s largest academic institution and a global leader in the provision of flexible learning, General Manager of Microsoft’s Worldwide Education Products Group and various executive leadership roles at Novell and other companies integrating technology and learning systems.

In 2012 Martin launched FutureLearn, the UK’s first at-scale provider of Massive Open Online Courses, and in 2014 he was named one of the UK Prime Minister’s Business Ambassadors.

He has won numerous awards in the US and UK for his contribution to education and was awarded a Commander of the Order of the British Empire (CBE) in the 2015 United Kingdom New Year’s Honours list, for services to higher education.