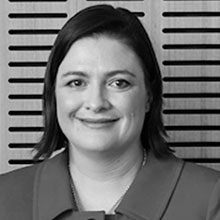 Tanya is a Fellow of the Australian Academy of Science (AAS), the Australian Academy of Technological Sciences and Engineering (ATSE) and the Australian Institute of Physics. She is a member of the Prime Minister’s Commonwealth Science Council (CSC), the Commonwealth Scientific and Industrial Research Organisation (CSIRO), the AAS National Committee for Physics and South Australian Economic Development Board. Professor Monro’s considerable board experience includes chairing the Deputy Vice Chancellor Research Group of the Australian Technology Network of Universities and the National Youth Science Forum Council (NYSF). Tanya is also an inaugural Bragg Fellow of the Royal Institution of Australia (RiAus).

In 2015, Tanya was awarded a Eureka Prize for Excellence in Interdisciplinary Scientific Research and in 2014 won the Beattie Steel Medal of the Australian Optical Society.

Tanya obtained her PhD in physics in 1998 from The University of Sydney, for which she was awarded the Bragg Gold Medal for the best Physics PhD in Australia. In 2000, she received a Royal Society University Research Fellowship at the Optoelectronics Research Centre at the University of Southampton in the UK. She came to the University of Adelaide in 2005 as inaugural Chair of Photonics. She has published over 500 papers in refereed journals and conference proceedings and raised over $140M for research.