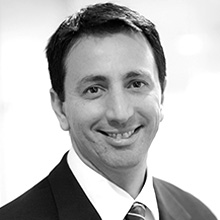 Mr Ben-Meir has extensive experience in the venture capital industry and commercialisation more generally. Over the past twenty six years he has been involved in numerous venture capital organisations; has been a founder or co-founder of six start-up companies; as well as an investor, investment manager, and advisor to several other companies.

In April 2010 Mr Ben-Meir was appointed by the Australian Federal Government as the inaugural CEO of Commercialisation Australia and, from 1 July 2014, was further appointed as the Director of the Entrepreneurs’ Infrastructure Programme.

In this role, Mr Ben-Meir led the establishment of a national portfolio of over 550 companies including 4 successful exits and several substantial capital raising (>$5million).

In July 2016 Mr Ben-Meir was appointed Vice-Principal Enterprise on the Chancellery Executive of the University of Melbourne. Building upon the operational base established within the Research, Innovation and Commercialisation portfolio, this new role is responsible for the overarching strategic development of the University’s Enterprise Agenda which focuses on the appropriate utilisation of the University’s human capital, physical assets & platforms, investment capital and its intellectual property portfolio to maximise the resources available for its research and teaching objectives.

Mr Ben-Meir’s qualifications include a Bachelor of Science and a Bachelor of Electrical and Computer Systems Engineering (1st Class Honours) from Monash University, Melbourne. He is also a graduate member of the Australian Institute of Company Directors.