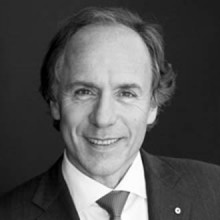 Since commencing as Chief Scientist, Dr Finkel has led a number of national reviews, delivering the 2016 National Research Infrastructure Roadmap, the 2017 Review into the National Electricity Market (“Finkel Review”) and the 2018 STEM Industry Partnership Forum report. He serves as the Deputy Chair of Innovation and Science Australia.

Dr Finkel has an extensive science background as an entrepreneur, engineer, neuroscientist and educator. He was awarded his PhD in electrical engineering from Monash University and worked as a postdoctoral research fellow in neuroscience at the Australian National University.

In 1983 he founded Axon Instruments, a California-based, ASX-listed company that made precision scientific instruments. After Axon was sold in 2004, Dr Finkel became a director of the acquiring company.

In 2006, he focused his career in Australia and undertook a wide range of activities including co-founding Cosmos Magazine. During his time at ATSE, he led the development and implementation of the STELR program for secondary school science.