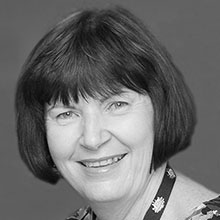 Jane King joined the Australian Taxation Office in 2007 as Deputy Commissioner, Customer Service and Solutions where she managed the contact centre network (around 1500 seats across 8 sites) and oversaw the customer service strategy for the ATO. Jane managed the transformation of the ATO call centres into a multi-channel contact centre environment serving its customers with most inbound interactions.

In mid-2014, Jane was tasked with leading the ATO’s Budget Response Program as well as being the project sponsor of a number of enabling reviews. Jane undertook the Chief Information Officer role for the ATO’s Technology Group from November 2014 to December 2015. Jane has recently been appointed as the Deputy Commissioner for the Design and Change Management capability across the enterprise.

Prior to joining the ATO, Jane worked in senior roles in customer service for over 20 years with Telstra, the Brisbane City Council and various departments in the Queensland Government always driven by the belief that citizens deserve as good a service from government as they get from anywhere else.

Jane started her career as a teacher and is a graduate of the Australian Institute of Company Directors. Jane sits on a number of boards within the ATO and other federal agencies. She is also a non- executive director for Auscontact, the national industry body for customer experience in Australia.