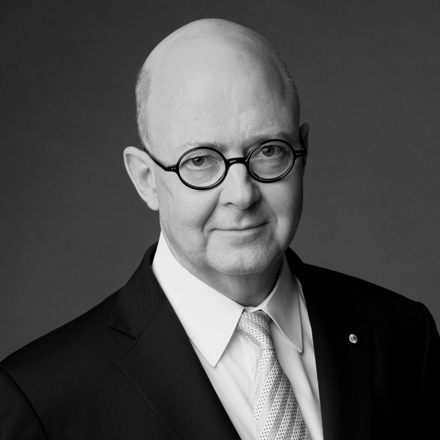 Kim Williams has had a long involvement in the arts, entertainment and media industries here and overseas and has held various executive leadership positions since the late 1970s including as chief executive at each of News Corp Australia, FOXTEL, Fox Studios Australia, the Australian Film Commission, Southern Star Entertainment and Musica Viva Australia and also as a senior executive at the ABC.

Mr Williams was the chief executive of FOXTEL for the decade up until November 2011. At FOXTEL he pioneered many of the major digital broadcast innovations in Australia and received the 2012 Lifetime Achievement Award from the Australian Subscription Television Association (ASTRA) for his diverse contributions.

He was appointed as a member in the Order of Australia in June 2006 for his services to the arts and public policy formulation in the film and television industries. In October 2009 he was awarded a doctorate of letters (honoris causa) by Macquarie University for his contribution to the arts and entertainment industry in Australia and internationally. He is a recipient of numerous other awards and honours in the Australian creative community.

Kim Williams is a current board member of numerous commercial bodies and foundations and serves as a commissioner of the Australian Football League and as Chairman of the Thomson Reuters Founders Share Company (responsible for the Reuters Trust Principles) and The Copyright Agency. MUP published his first non-fiction book Rules of Engagement in 2014.