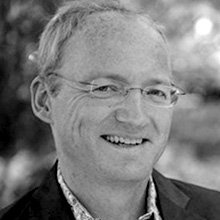 He was Editor-in-Chief of the Journal of Artificial Intelligence Research, and of AI Communications. He is on the editorial board of the Journal of the ACM, Journal of Automated Reasoning and the Constraints journal. He has been elected a fellow of both the Australian Academy of Science, Association for the Advancement of Artificial Intelligence and the European Coordinating Committee for AI in recognition of his research in artificial intelligence and service to the community. He has won the NSW Premier’s Prize for Excellence in Engineering and ICT, the Humbolt Award, and the Research Excellence Award of the Association for Constraint Programming. He has been Secretary of the Association for Constraint Programming (ACP) and is Editor of CP News, the newsletter of the ACP. He is one of the Editors of the Handbook for Constraint Programming, and the Handbook for Satisfiability.

He has been Program and Conference Chair of the main conferences in Constraint Programming, Automated Reasoning and Artificial Intelligence.