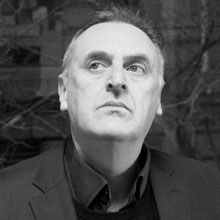 Melbourne born, London based, Warren Wills is a multi-award winning composer, musical director and performer who has worked with many of the world’s best cabaret, opera, jazz and classical artists. One of the most versatile and gifted musicians on the international scene, he has authored 8 original operas, 10 musicals, 13 children’s musicals, 25 albums ( with Prestige Records on iTunes, and Spotify), 5 major orchestral works and music direction credits on more than 50 productions. Warren has played and composed for the Royal Shakespeare Company (RSC), as well as for Woody Allen in New York City, Pamela Anderson in London, and has toured extensively in Europe, Asia and the US, with appearances on MTV in the Middle East.